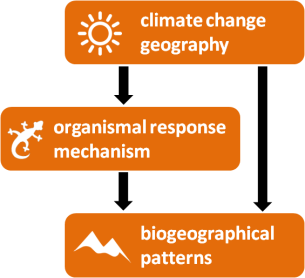 I am interested in the links between the geography of climate change, the shifting ranges of species, and the organisms’ mechanisms of response to climate change. My research spans a range of taxonomic groups but focuses mainly on ectotherms, in particular African herpetofauna. Following my early studies on the impacts of climate change on biodiversity at the macro-scale, I am now interested in working across scales, linking mechanism and pattern. I combine modelling with lab and field experiments to answer questions under three broad topics:

Describing climatic changes at scales and in ways that are relevant to organisms is not an easy task. Together with Miguel Araújo, Mar Cabeza and Carsten Rahbek, I reviewed metrics commonly used to describe climate change at the macro-level, and discussed the different risks and opportunities they each represent for species. 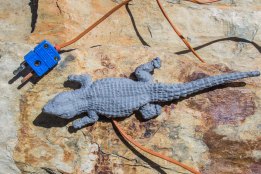 Small animals perceive the climate at different scales. To maintain optimal body temperatures, ectothermic animals exploit the thermal heterogeneity conferred by variation in vegetation and topography and by daily or seasonal fluctuations. Susana Clusella-Trullas has been collecting a unique long-term, fine-scale dataset of operative environmental temperature for the Cordylus oelofseni lizard. Using these data, we have shown that incomplete temporal or spatial sampling of temperature can lead to erroneous estimates of vulnerability indices such as Thermal Safety Margins. 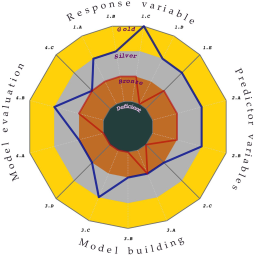 The majority of biodiversity assessments rely on species distribution models, but no generally agreed-upon standards for best practices yet exist for guiding modellers and users of model outputs. A group of us, led by Miguel B. Araújo, proposed a set of best-practice standards and detailed guidelines for selecting input data, building models and evaluating outputs. The aim is for these standards and guidelines to be constantly updated by the wider scientific community via a wiki page that is being set up for the purpose. 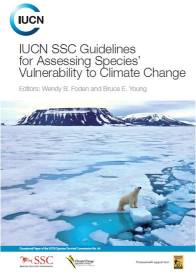 The IUCN SSC Guidelines for Assessing Species’ Vulnerability to Climate Change, edited by Wendy Foden and Bruce Young, provide guidance on species vulnerability assessments using correlative, trait-based and mechanistic approaches. Phil Platts and I contributed to these guidelines by reviewing methods that can be used to assess the vulnerability of species that are either poorly know or have restricted or declining ranges, and that are thus difficult to model with conventional methods. We also published a review paper based on these guidelines in WIREs Climate Change. 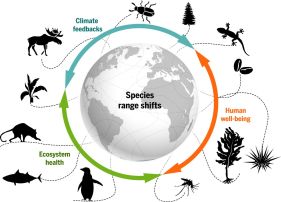 Following the 2016 Species on the Move conference, I participated in a working group, led by Gretta Pecl, tasked with reviewing evidence that species redistribution at regional to global scales is having major impacts on ecosystem functioning, human well-being, and the dynamics of climate change itself. By the way, Species on the Move is coming to South Africa in 2019! 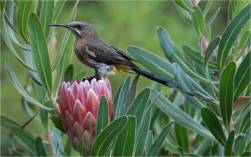 Understanding species redistributions requires data on species occurrence or abundance over time. In South Africa, a citizen-science project has been mapping bird distributions across the country. Making use of occupancy models built with these data, I am exploring the potential role of changes in climate and vegetation on shifts in passerine species ranges over the last twenty years.  This work is in collaboration with Res Altwegg from the Centre for Statistics in Ecology, Environment and Conservation (SEEC) and Guillaume Péron. 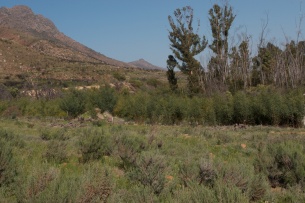 Shifting distributions of species are the result of population dynamics and, ultimately, organism performance. Ectothermic animals’ performance is tightly linked to temperature, and are thus affected by changes in the thermal landscapes they exploit. Susana Clusella-Trullas and have studied the effects of plant invasions on amphibians and reptiles. Our literature review and individual-based model simulations for thermoregulating lizards underscored the importance of thermal effects of alien plants on ectotherms. In South Africa, the threat posed by plant invasions is taken seriously, but surprisingly little attention has centered on the potential causes including thermal mechanisms. 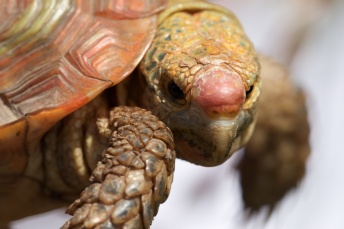 I am studying the thermal effects of plant invasions in more detail for a tiny tortoise that is endemic to South Africa, the parrot-beaked tortoise or common padloper (Homopus aerolatus). I have radio-tracked individuals fitted with accelerometers and temperature sensors to study their patterns of micro-habitat use and activity. I also measured operative environmental temperatures available to adults and juveniles across a diversity of micro-sites as well as underground temperatures available for incubation, in both native and invaded landscapes. I am analysing these data in relation to the individuals’ thermal preference and sensitivity of performance traits measured in the lab. My aim is to use data on available thermal landscapes and thermal ecophysiology covering the incubation, juvenile and adult phases to build population dynamic models with mechanistic underpinnings.